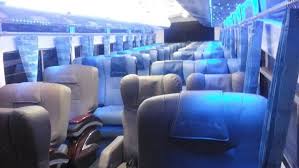 A Busia MCA was found unconscious in a Busia bound bus Wednesday morning.The Busia MCA had reportedly traveled to Mombasa over the weekend in the company of a woman, believed to be his lover, to celebrate the Orange Democratic Party (ODM) 10th anniversary.

However, when the couple was returning to Busia aboard a public transport bus, the lady allegedly drugged and robbed the MCA of his valuables, only for the Busia MCA to be rescued upon reaching Busia Town.

The MCA had booked a Busia bound bus and made himself comfortable near a lady who was his seat companion.

The MCA reached the police station not be able to know where he was the drugs he was drugged with had taken by the lady.

The Busia MCA said he did not know what happened as he boarded the bus just fine and went ahead to settle in his seat not aware that the lady beside him was actually a conman.The lady was

The lady was friendly and later had a hit chat with the jovial Busia MCA.The conversation heated and the Busia MCA says he felt aa little bit dizzy and opted to take a nap only to wake up without his  Valuables.