A woman by the name Prisca Chemutai is suing Deputy President William Ruto over child negligence.

The middle- aged woman moved to court on February 2nd claiming that the DP has neglected their 11-year old daughter by the name Abby.

Through her lawyer, Gitobu Imanyara, Chemutai argues that Abby is entitled to basic necessities such as quality education, health care, and decent clothes.

In addressing this, the DP has admitted that he is, indeed the girl’s biological father and that he has been taking care of her.

He said that he has been paying Ksh. 40,000 in child support per month and that he has even secured Chemutai a job that pays Ksh. 90,000 per month.

“For the record I did find Abby’s mother a 90-k-a month job, 40k monthly upkeep ever since. She went ahead to get her own 3 other kids though.”

In an affidavit, she contradicts the DP’s claims saying that she has only received Ksh. 35,000, an amount she alleges was sent through Ruto’s messenger.

In another tweet, he stated that the father(s) to the other children should take care of their children: Below is the tweet from his verified account, @WilliamsRuto:

“The other father/s should be men enough and look after their own kids. Trying to blackmail for me to cater for other men’s children won’t work.”

In what is seen as a warning to those who might try to politicize the issue, the DP told them off in another tweet. It read:

“My 11-year-old child Abby is well catered for including her education in private boarding school. Politicians & Busybodies should keep off.”

The woman has claimed that the child lacks quality education and health care since the DP has failed to pay child support.

She has requested that this matter be treated as urgent since her daughter is suffering.

She told the court that she has previously been forced to vacate a house that Ruto was paying to a cheaper estate since he stopped providing upkeep money.

A photo of Abby boda-boda to church has emerged and this has elicited mixed reactions. Most wondering why the DP’s daughter is riding a boda-boda while her father is balling. Below is the photo: 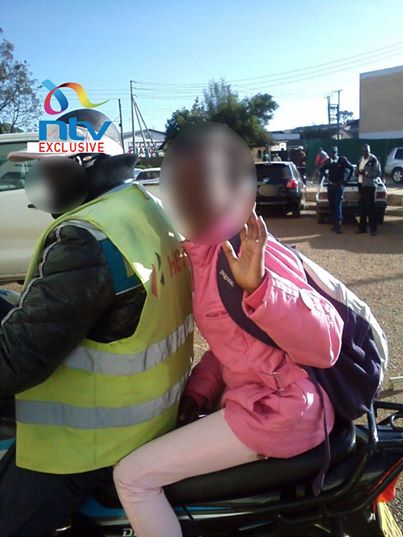 And what exactly does she want? It is alleged that the woman is seeking Ksh. 200,000 in monthly support for basic needs: food, shelter, clothing, and toiletries.

In addition, she is seeking a decent medical cover and school fees for her daughter. While the DP says that he has been paying school fees, the woman alleges that the DP has neglected the child.

Now, we all know that there are always three sides to a story. In this case, we have the DP’s, Chemutai’s and the truth in the middle.

This story attracted mixed reactions with a few Kenyans arguing that the DP should take care of his daughter and others maintaining that the woman is a home-breaker.

Others felt that the case was politically motivated arguing that Gitobu Imanyara & Co. Advocates handle negative cases against the DP (it happens to be the same firm that represented activist Boniface Mwangi after the DP sued him for defamation in 2016).

To others, the whole story was funny and they satirized it by calling the DP ‘Baba Abby’.

DP Ruto is married to Rachel Ruto and together they have six children, including a daughter they adopted back in 2015.