An Ethiopian Airlines Boeing 737  passenger plane En Route Nairobi  has crashed. the plane was from Addis Ababa to Nairobi.  The office Ethiopia Prime Minister Abiy Ahmed confirmed the accident, sending condolences to the families of those who have lost loved ones.

“The Office of the PM, on behalf of the Government and people of Ethiopia, would like to express its deepest condolences to the families of those that have lost their loved ones on Ethiopian Airlines Boeing 737 on regular scheduled flight to Nairobi, Kenya this morning,” it said in a tweet.The number of deaths is yet to be confirmed but reports say the flight had 149 on board.

According to information seen by  Trending.co.ke on BBC website, the flight is believed to have had 149 passengers and eight crew members on board, the airline says. 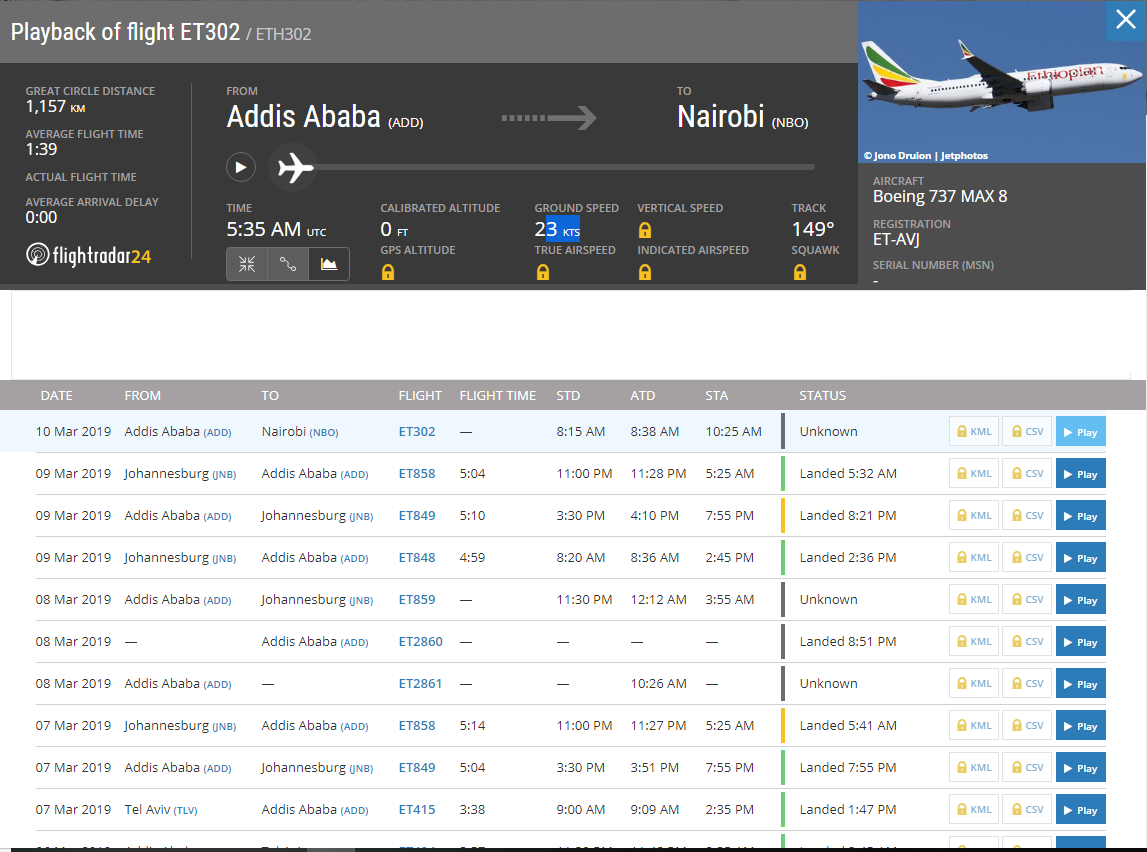 A spokesman said the crash happened at 08.44 local time on Sunday, shortly after take-off from the Ethiopian capital.

In a statement, the airline said that search and rescue operations were under way.

It did not provide details on the number of casualties.

“Ethiopian Airlines staff will be sent to the accident scene and will do everything possible to assist the emergency services,” the airline added.

In an official statement released by the Ethiopian Airlines, the flight number ET 302 in a scheduled service from Addis Ababa to Nairobi was involved in an accident today around Bishoftu (Debre Zeit) in Ethiopia.

The aircraft B-737-800MAX with registration number ET-AVJ took off at 08:38 am local time from Addis Ababa, Bole International   Airport and Lost contact at 08:44am.

At this time search and rescue operations are in progress and we have no confirmed information about survivors or any possible causalities.  Ethiopian Airlines staff will be sent to the accident scene and will do everything possible to assist the emergency services.

The airline further added that;

It is believed that there were 149 passengers and 8 crew onboard the flight but we are currently confirming the details of the passenger manifest for the flight.

Ethiopian  Airlines  is establishing  a passenger  information  center and telephone  number  will be available  shortly for family  or friends  of those who may have been on flight  ET 302/10  March.