Fero Royale Y1 is hands down a beautifully crafted handset. Props to Fero Mobile for crafting such a gorgeous handset. The compliments are well deserved.

Fero mobile ventured into the competitive Kenyan market in 2016 by releasing a range of sleek handsets namely Royale Y1, Royale X1, and J1.

Royale Y1 is an entry level handset but I must admit that its design is tops. Fero mobile promised us “youthful vibrancy” with its handsets and it did deliver with Y1.

After using Y1 for about two weeks, I believe I qualify to tell my side of the story about the good, the bad, and the not so good.

The design is A-Okay. Y1 is definitely easy on the eye. The handset comes in two rich colors and it is encrusted in a titanium-based metallic body.

It appears that Fero Mobile invested in the design more than any other feature. It may sound sycophancy but you need to see the handset to believe it. It is, indeed, beautifully crafted.

The display is okay. Clarity has been observed and the icons are arranged well. The beautiful and vivid colors are realistically saturated.

The screen is big enough for those who enjoy watching movies or videos on their handsets. We all enjoy browsing on a sizable screen and Y1 does deliver on the promise of a seamless UX when it comes to interacting with the screen.

The various apps launch at an okay speed. The handset comes with a 1.3GHz quad-core processor and 2GB RAM. The handset was released into the market in 2016; hence, we cannot sulk much.

The 2GB RAM is definitely a compromise. The good news is that the handset can multitask at an okay speed since I could enjoy my games and chat consecutively.

The handset comes with Whatsapp and Google Chrome so you don’t have to go through the trouble of downloading. This I did like. Very much.

Y1 was launched in 2016 so we won’t be going back and forth about the OS. We can only frown upon 2017 handsets that don’t come with Nougat.

The 13MP primary camera did not produce gorgeous photos as I would have expected. I may have been a bit ambitious after using mid-rangers such as Camon c9 and Samsung Galaxy J5.

This feature comes with LED flash. The photos are decent in good lighting but it did struggle in low lighting conditions.

Royale Y1 comes with a “sweet selfie” app that comes with several camera features such as beauty mode, timer, and allows you to share the photos to your various digital media platforms.

Below are a few shots: 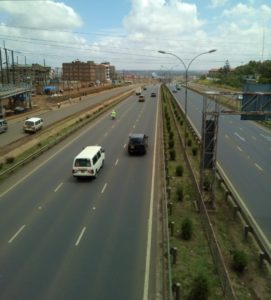 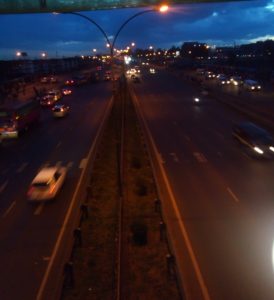 The 2,700mAh battery is not the ideal capacity in 2017. The battery lasted almost 12 hours on heavy use and 2 days on normal use.

The LI-POLY non-removable battery should have been better if it came with a higher capacity, say 3,000mAh.

The battery does not take long to charge and this is a plus considering the compromise on the capacity. Users deserved this.

Royale Y1 is a handset for someone who is looking for an okay mid-range handset. Some compromises have been made especially in terms of RAM and battery capacity.

If you can overlook these, then you will enjoy interacting with the various features. This is especially if you are big on design and display.

The price is okay for a mid-range handset but mid-range smartphones such as Tecno Boom J8 and Infinix Hot S came with better features.

While, the handset packs some key features present in other handsets in the same category, a 3000mAh battery capacity, and 3GB RAM would have been desirable.

Nevertheless, if the specs turn you on, go ahead and ball out! At least you will be doing so on a budget.