A governor was said to have launched a KSh 2 million Xmas tree. He has come out to speak about it.On Monday, December 19, Kenyans were shocked by reports that Nyandarua county government had spent KSh 2 million on a Christmas tree.The Governor Daniel Waithaka Mwangi was at the center of the drama as photos circulated on online platforms showing him unveiling the humongous Christmas tree in the county. 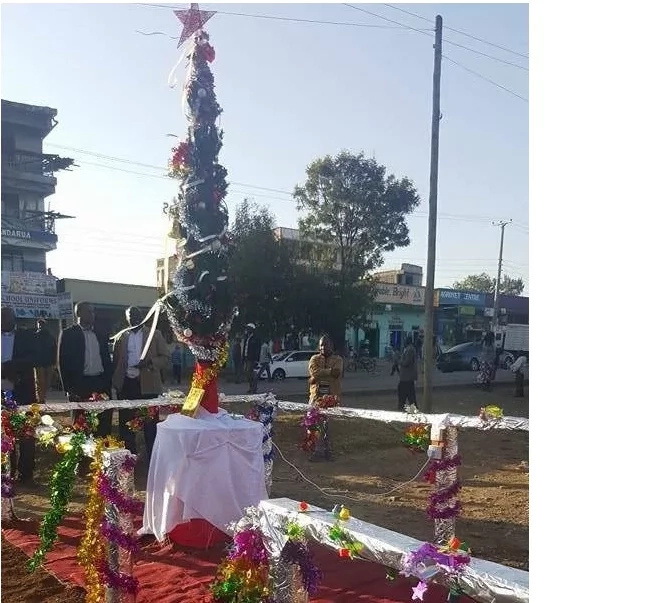 The Christmas tree that cost 2 Million

However, The Governor has now come out to deny that his County government has spent the said money to unveil the tree.

He instead claimed that the tree was donated to the county government at a cost of KSh 16,000 and an additional KSh 14,000 was used to spruce up the place where it was unveiled.