A shocking video has surfaced online showing a drunk girl in school uniform. The heavily intoxicated girl, who was at a bus stage, attracted a huge crowd as she uttered incoherent words.

The video of the drunk school girl was widely shared on social media, some celebrities also shared the video on their Instagram accounts.

Some people protested the idea of sharing the video saying the girl is a minor and thus should be protected, while other shared the video arguing that it should serve as a lesson to irresponsible parents and other minors who dare drink.

Chipukeezy however offered to help the girl, the Nacada board member said he was more than willing to offer mentorship to the drunk girl. 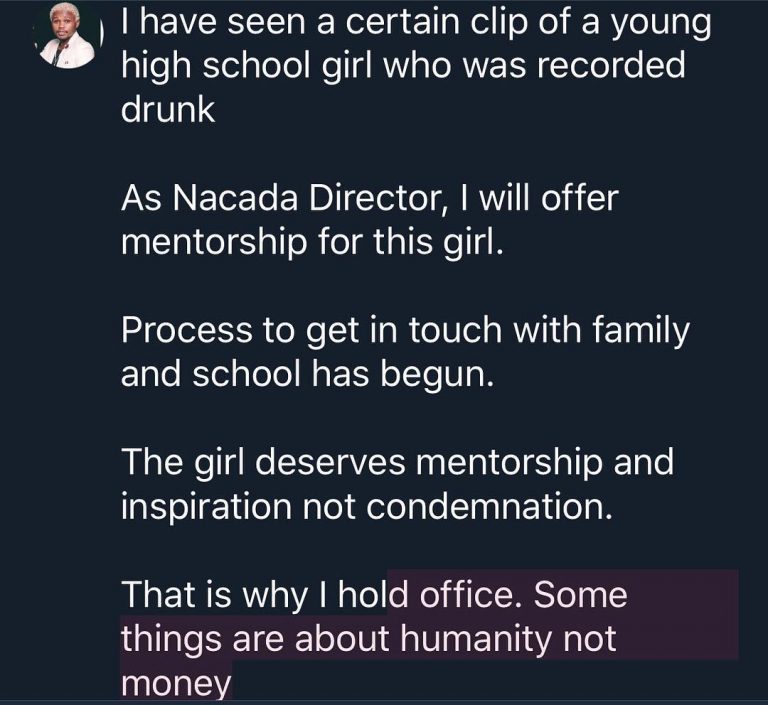