It’s official, you can now travel to Mombasa from Nairobi via the SGR at only Ksh. 700 and in less than 5 hours. How awesome is that?

The new railway will make the movement of people between Nairobi much faster and cheaper.

It had earlier been rumored that the SGR train tickets for the economy class would be Ksh. 900 but the president has directed that passengers riding the SGR be charged Ksh. 700 for economy class.

This is way lower than the rate for buses which starts at Ksh. 1,200. Those in the business class will be forced to pay Ksh. 3,000.

Also, instead of the usual 8 to 10 hours on the road, the SGR will shorten travel time to a little more than four hours.

Freight trains are expected to complete the trip in less than eight hours.

How to book a Madaraka SGR train ticket:

Note: This option is still in its trial stage.

Note: You can book up to 3 days in advance.

The State of the Art passenger stations cannot be overlooked.

The passenger stations in Nairobi, Mombasa, and Syokimau fits that description very well. There are nine other modern stations built between Nairobi and Mombasa.

See the photos below: 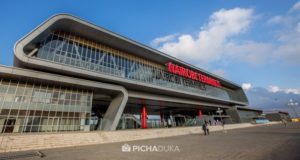 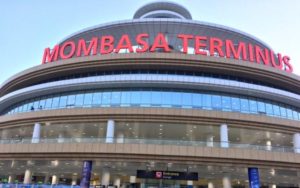 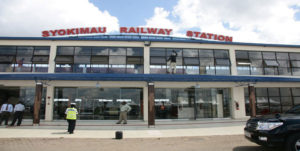 The Chinese-built route is expected to promote Kenya’s position as the gateway to East Africa.

SGR is, by far, Kenya’s biggest infrastructure project and is seen as a major selling point for Jubilee ahead of the August General Elections.

Construction of the new railway began in 2013. The complete route is 472 kilometers, and it cost 327 billion to complete.

Of course, this amount has attracted lots of debates with some claiming that the amount is too high for such a project.

Some considered the first class section laughable claiming that it does not fit the label.

Others went as far as to compare the SGR to a similar project in Ethiopia which cost way less to complete.

In other related news, Mombasa governor Ali Hassan Joho was ALLEGEDLY barred from attending the launch.

Unconfirmed reports suggest security agents told Joho that they were following orders from above.

This time, it seems the governor had better things to do than to argue with security officer since he left for his office.

This comes even after Government spokesperson Eric Kiraithe said that Governor Joho was free to attend the launch.

Speaking during a visit to Siaya town, Governor Joho had earlier confirmed that he would be attending the SGR launch.

In the same breath, he criticized the government for going over budget by over Ksh. 100 billion.

He went on to affirm that he will pose questions about how the stolen money was used.

The Standard Railway cargo train was launched on May 30th by the President and his Deputy.

It is during this launch that Governor Joho’s name came up.

President Uhuru took a swipe at Joho asking him to focus on his re-election instead of complaining about “successful projects” by the national government.

We all remember that the President and Joho’s stand-off has played out in public domain for quite some time now.

This is the second time that Governor Joho has been barred from attending a public function presided by the President in his backyard.

Well, it does no come as a shock that he was allegedly blocked.

He has been known to poke the bear and it seems that the big fish was not feeling his vibe. Not today, not then.