Home Technology Top Tech Trends to Watch Out For in 2017

Top Tech Trends to Watch Out For in 2017

In 2016, we were introduced to several new tech trends and while some remained in their adolescent stages, our ways of thinking and doing things were revolutionized.

We saw Uber gain dominance in the ehailing services, phone companies introduce premium devices and evidenced a rise in the adoption of digital banking by lenders.

Banking apps such as Equity’s Eazzy Banking earning much acclaim.

We also saw new phone companies such as Fero entering the African market, expansion in the functions of social media, among others. 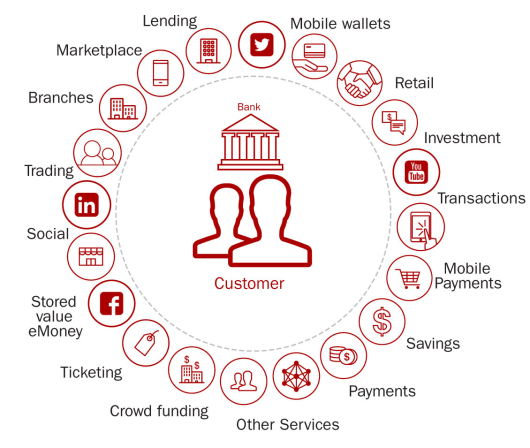 The number of online transactions in Kenya is still low. However, growth is expected given the increased availability of the internet and mobile data usage.

OLX, Jumia, and Kilimall are among online franchises that dominated the industry in 2016. In 2017, these industries will experience growth and this will, in turn, attract startups-such is the trend in many circles.

Despite the perceived lack of security and cost of deliveries, many see online transactions as convenient.

Online companies have been working to increase consumer confidence and their efforts are slowly yielding desirable outcomes. This is the year that more people will turn to online shops for their shopping needs.

It is usually held in January at the Las Vegas Convention Center in Las Vegas, Nevada, United States. The event hosts presentations of new products and technologies in the consumer electronics industry.

It introduced a concept that had been in existence but was yet to earn much acclaim in Kenya and Africa as a whole.

While some AR and VR devices exist, the technology is still in its adolescent stage of development and use but we will definitely see various versions everywhere.

Many tech companies will likely leverage this technology. We may not evidence an explosive adoption of AR and VR, but these technologies will likely pop-up in unexpected places since businesses have no problem experimenting with new technologies.

This one brings anxiety. A lot of it.

It will definitely contribute to high unemployment rates already experienced in many parts of Kenya and Africa as a whole.

In 2016, Kenyan banks rendered over 1000 staff redundant. Reason? The adoption of digital platforms such as mobile banking. In 2017, more jobs are likely to be taken over by machines.

The sad thing is that this trend is likely to continue but the good news is that it will expand jobs in different sectors we now have more automation jobs in various sectors.

More companies will transition in this direction since it is a sure way of reducing the costs of operation in the long term.

Will automation eventually replace people? Not likely. People will possibly automate activities they do not wish to do or those that involve saving on costs.

The Internet of Things

This will definitely get real.

It will likely feature in more deployments in the real world. More companies will seek to connect their physical devices with tech products.

This translates into better collection and exchange of information. And where are we with Konza city again?

Regardless, the concept and vision will definitely advance and accelerate the idea of real-world deployment of physical objects with electronics, software, and other tech innovations.

We are also likely to see this concept largely applied in advertising.

It is safe to bet that 2017 will be a year where phone companies will strive to upgrade already existing smartphone technologies.

The 2016 smartphone calendar was quite busy; it was a year where we saw various manufacturers competing for dominance. Even some second-tier companies fought to earn their space in the big boy’s table.

It was also a year where companies such as Samsung and Infinix were faced with major debacles. The Galaxy Note 7 fires and recalls affected the company’s image and led to large losses.

On the other hand, Infinix had to deal with the overheating issues. There had been a series of funny memes on the overheating problems doing rounds on social media, and these painted Infinix devices in bad light.

Phone companies are likely to exercise more caution given such occurrences. We can expect superior camera features, higher processing power, and improved functionality.

It’s time to belt up since 2017 is off to a fast start and there are enough indications that nothing is slowing down in the tech world. Let the surprises begin!