Home General Uber in Africa: The Fight to Reign Supreme and Hurdles

Uber in Africa: The Fight to Reign Supreme and Hurdles

Uber was first introduced in Africa in 2012 beginning with Johannesburg.

Following a warm reception, it went ahead to roll out services in Cape Town, Durban, Lagos, Nairobi, Kampala, Accra, and other cities across Africa.

Currently, the ride-hailing app operates in at least 14 African cities.The company’s aggressive growth strategy can be credited for its increasing global footprint. 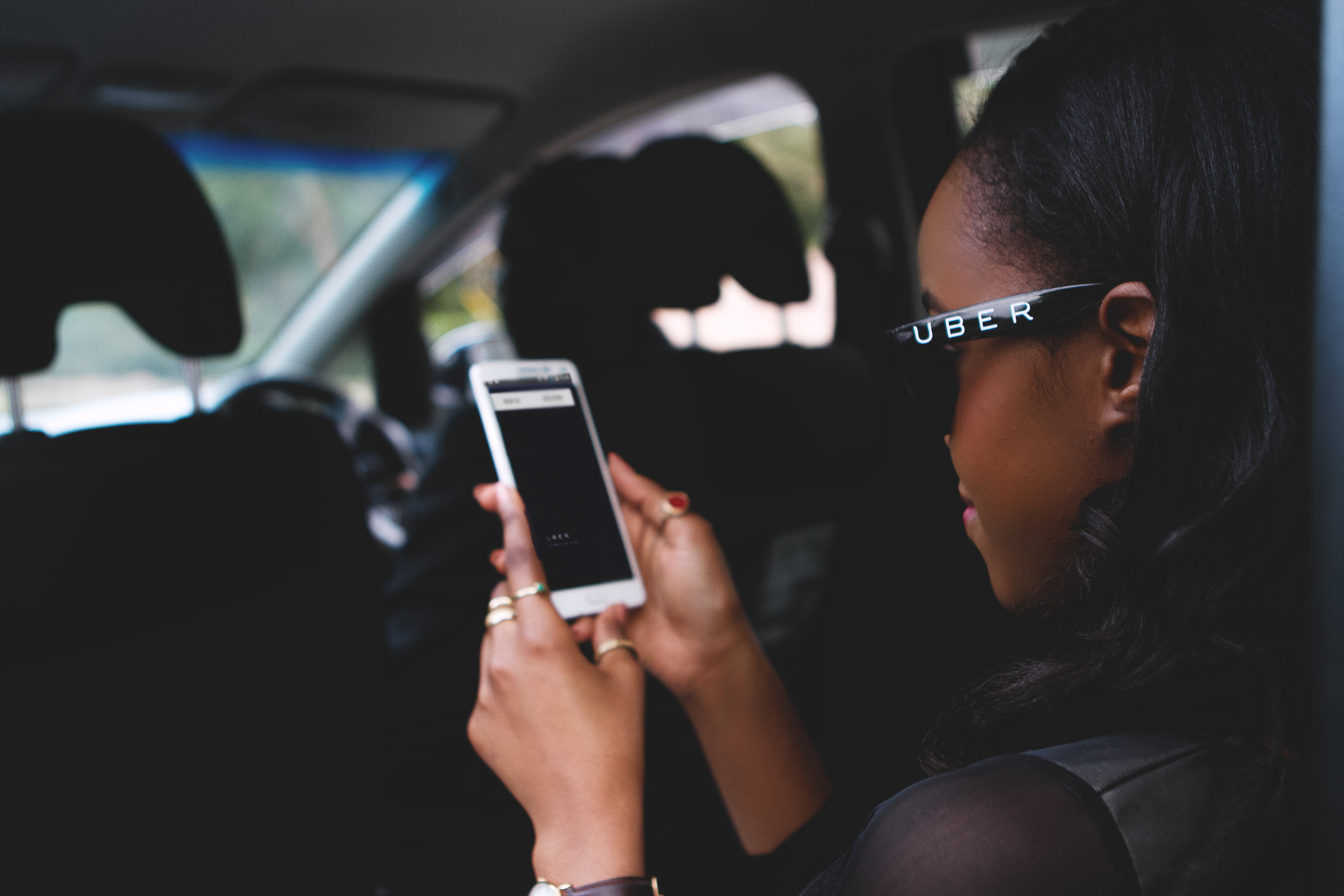 Sharon Mundia – an award winning fashion & lifestyle blogger, columnist at Capital FM Lifestyle, and the face of Samsung Kenya’s new A Series phones opening up her Uber app during the launch of Uber in Nairobi Kenya.

Part of its expansion strategy was to introduce a suite of products.

The company has continued to surprise the world with new and exclusive services such as UberCHOPPER, UberEATS, UberFRESH, UberPool, among others.

UberCHOPPER was introduced to fly customers in style and conveniently.

This is definitely a service for high-end clients but low-income earners can also enjoy the elite service and at the same time earn bragging rights.

The company has managed to disrupt and revolutionize conventional ways of doing things, especially in the transport industry.

In Kenya, the company partnered with Sidian Bank with the latter rolled out a Ksh. 10 billion loan facility for existing and prospective driver-partners.

In Nigeria, the company patterned with Kia Motors to enable drivers to access cheaper vehicles.

In South Africa, the partnership between Uber and Giraffe helped create more jobs by recruiting drivers in Johannesburg.

These partnerships have given Uber a platform to access a broader range of resources and expertise.

Most customers are happy with the incredible convenience. A user can summon a car using their smartphone instead of waving at it.

Most people who relied on conventional taxi services now use Uber to get around. Customers welcomed Uber’s revolutionary way of making taxis conveniently accessible at an affordable price.

Most reviews tell a story of happy customers.

One of the strategies of ensuring customer experience was the rating score option where users could rate drivers and vice versa.

The journey has not been a smooth one.

A major hurdle was resistance by traditional taxi drivers and their unions.

In Kenya, Uber’s presence was met with resistance and threats.

At one point, Uber drivers were attacked in an effort to warn them against partnering with the online transportation company.

In South Africa, there were a string of alleged rape cases and this prompted the ehailing service to introduce a panic button.

Cases of kidnapping, robbery, and rape against Uber drivers and their passengers triggered safety concerns.

These were alleged to be collective efforts by traditional drivers to paint Uber as unsafe.

Despite this, Uber fought back and assured its customers of their safety.

The surge-pricing strategy is another issue that affected Uber’s repute especially after competitors such as Little Cab slashed their prices.

Several other businesses that have replicated Uber’s business model have charged low prices.

Uber’s pricing strategy responds to changes in supply and demand, unlike other hailing services that have fixed rates.

As a strategy to deal with competition, Uber went ahead and cut its prices significantly and this sparked outrage among driver-partners since their share of the cake was, in turn, reduced.

What followed were strikes by driver-partners who threatened to permanently down tools.

As a strategy to deal with competition, Uber went ahead and cut its prices significantly and this sparked outrage among driver-partners since their share of the cake was, in turn, reduced.

What followed were strikes by driver-partners who threatened to permanently down tools.

Strikes were also evidenced in Nigeria after drivers expressed their dissatisfaction with the 25% commission collected by the company.

Drivers in Abuja were angry since the low fares charged coupled with high fuel costs led to low profits. There was division, however, since some seemed okay with the set pricing strategy.

Despite these hurdles, Uber reported revenue growth in spite of the significant losses recorded.

Although Uber has not released an official statement on its financial status, walls definitely have ears.

Uber is an established mainstream hailing service on a global stage and its dominance is expected to spread further in 2017.