Dennis Okari has found love a second time tying the knot with his fiancee Joy Naomi in a colourful wedding ceremony at a church in Nairobi.

Okari dressed in a grey suit patterned with black was seen kissing his wife on Friday in a location that was not made public. 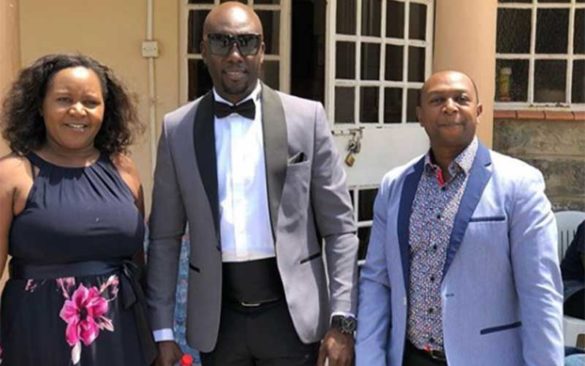 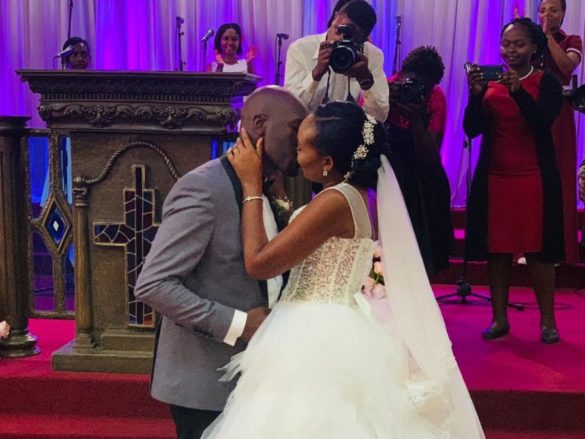 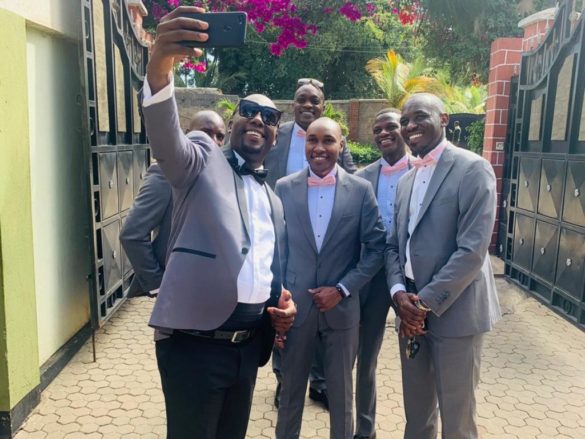 In the low key wedding, a few of Okari’s and Naomi’s friends were seen joyfully following the event.

They posted pictures of the happenings at the church vicinity.

Sources said that the invite-only wedding was arranged so secretly that even some of the guests were not aware of the venue as late as Friday morning.

All the attendees were required to produce invitation cards before accessing the venue.

The two have been keeping their relationship private with their friends, who attended the traditional wedding held in November 2018, told to swear to secrecy.

His wedding comes just a day after his ex-wife, K24 news anchor Betty Kyallo, wished him well in his newly-found love life.

Kyallo congratulated her ex-husband after he proposed to his fiance two weeks ago.

In a question-and-answer session with her Instagram followers, Betty said, “No pain whatsoever, happy for him. Wish him the best and to everyone else who’s gone or going through the same thing, you’re human, life happens, move on and find your happiness,” Betty said.

It is the first time she has spoken about Okari’s relationship after parting ways with him four years ago. ~ The star