Unemployment is rising and the media continues to report on the devastating economic climate. Everybody is struggling to survive and college students are not an exception. 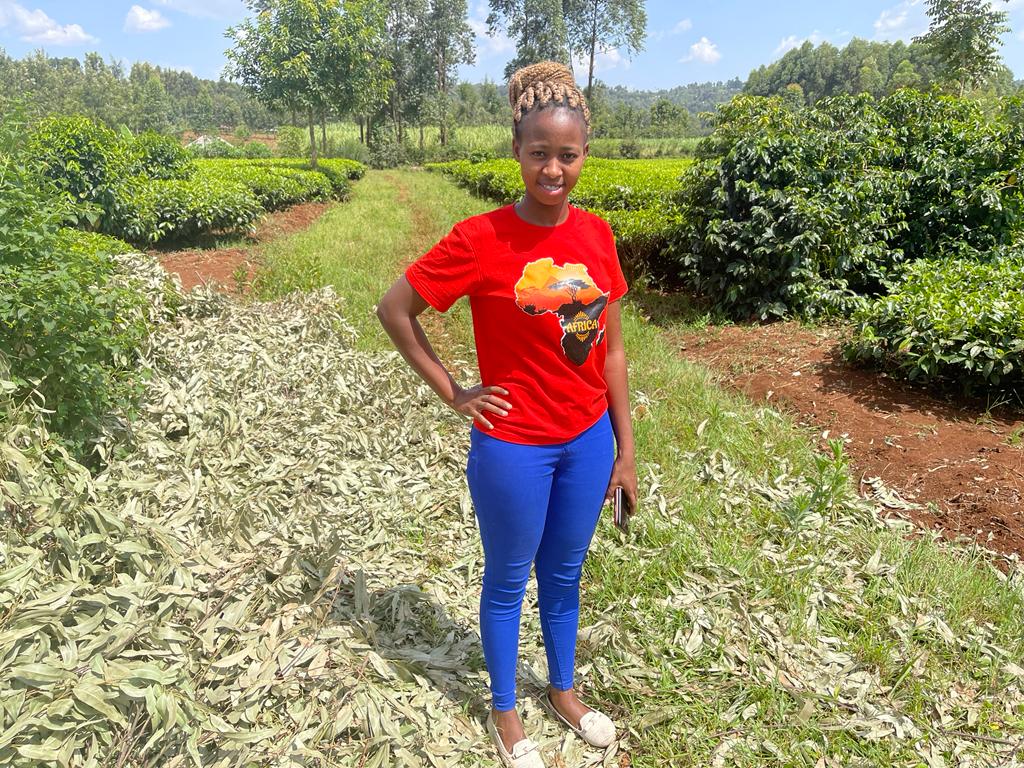 Susan Ateka a student at Kisii polytechnic was making use of what her mama gave her by dating two Kenyan-American men at the same time from U.S.A Minnesota. Hell broke loose when the two boyfriends discovered that Susan was making good use of them and their Dollars when they went on vacation early this year in Kenya.

Nickson met Susan on Facebook in September 2021. Soon their friendship evolved into lovebirds and they started texting romantic messages and sending pictures.

From the love brewed online and exchange of pleasantries, Nixon and Susan even had marriage plans. That would happen as soon as Nixon jets back to the country and they get acquainted with each other.

The plans were well set and looked forward to having a future together – having children and even organising for her to move to the united stated. Basically, the future looked bright. In February 2022, Nixon boarded the plane to Kenya, to meet the apple of his eye, or the wife in waiting – if so to say. He landed at Jomo Kenyatta International Airport (JKIA) and boarded Transline Shuttle to Kisii. Arriving in Kisii, they met and they were happy and excited to finally see eye to eye. No one was nervous because they had constant video calls and both seemed to have met before.

Nixon asked Susan if they could find a place that night to at least have some good time. Susan replied excitedly that she couldn’t wait for that moment. Nixon was tired and needed a place to rest after the long journey and jet lag. – Susan said she was so thankful for everything he had done for her while in the U.S. She said their match was made in heaven. They found a hotel with a good ambience, and it was time for the ‘password’, Netflix and chill. They travelled to the Lakeside city Kisumu and enjoyed yummy fish with the breeze and prince Inda hits like anayekupenda pendana naye.

Nixon knew he had ‘found the one’. What he did not know, was that the girl had someone else, that was to jet into the country in a few months. To be told the same words, given the fruit just like him!

However, things changed. A few days after Nixon left for the U.S at the end of his vacation, abruptly Susan stopped receiving his calls and even could not reply to his WhatsApp messages. The behaviour made Nixon infuriated and from his instincts, he knew something was wrong – it was just a matter of time to find out.

In April 2022 Nixon made a phone call to Susan, surprisingly it was received by a man who introduced himself as Polycarp Motachi. Polycarp arrived in Kenya in mid-March 2022 for his vacation with big plans of meeting his online girlfriend Susan. He too had some goodies that money can buy like Iphone13 and Laptop. In their conversation they realized they come from the same state, Minnesota U.S.A. Susan had spent two months with Nixon and scheduled time for Polycup as soon as Nixon left for the U.S. This reminded Nixon of the things he used to do for Susan, he paid some of her school fees, rented her a house, and bought an iPhone 12. Just to make sure for her to live a good life and lacked nothing in her life. Despite the sacrifice, Susan had the audacity to cheat on him with another man.

Like most ladies who fish men online, Susan has multiple Facebook accounts. It has now emerged that five other men from U.S have fallen prey to the girl’s trap. One is from the snow state of Minnesota, two from Texas and one from Indiana and Maryland.