On May 2 2020, Keroche Breweries, through a press release announced the passing of Tecra Muigai Karanja. Tecra Muigai was the daughter to Keroche’s CEO, Tabitha Karanja, Chairman, Joseph Karanja and sister to Anerlisa Muigai. Anerlisa is the owner and CEO of Nero Limited, a Company which manufacturers premium drinking water.

Tecra Karanja passed on after she was involved in a tragic car accident on Saturday afternoon. Until her demise, Tecra, the daughter to Keroche’s CEO, Tabitha Karanja and chairman, Joseph Karanja, was the company’s Strategy and Innovation Director. 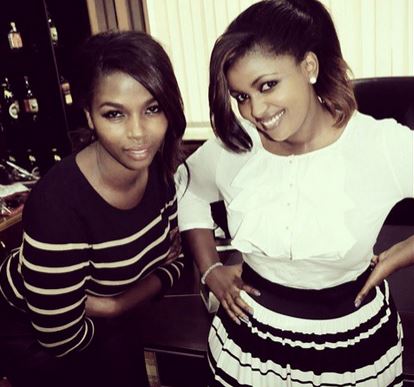 Little is known about Tecra Muigai Karanja as she kept a low profile unlike her sister Anerlisa who is a social media sensation.

Anerlisa Muigai traditionally got married to Bongo Music star, Ben Pol last year. This was in a private event that was attended by close family members and friends held at Anerlisa’s home in Naivasha, Nakuru County. The couple’s ruracio was done months after her Tanzanian fiance, Ben Pol romantically went down on one knee with a Sh1.1 million ring and asked Anerlisa for her hand in marriage, to which she said yes.

From last year the Karanjas’ Keroche Breweries, family business was embattled in a tussle with KRA over unpaid taxes. In March, Keroche Breweries was ordered by the tax tribunal to pay the Kenya Revenue Authority 9 billion shillings after losing six lengthy disputes filed between 2015 to 2017.

In the statement to the press, Tecra Mungai was described as a brilliant, passionate and energetic person who was a source of important innovations that enriched the company’s product range. including the development of new brands that were scheduled to be launched this year.

The company added that her celebration of life serves as an example to young people around the world to work hard and asked for respect and privacy to the family as they plan for the final sendoff.

From here, I wish the family strength during this hard time.