The following Documentary was done by ABC News

In a tiny flat in Ghana, in west Africa, an aspiring entrepreneur trawls Facebook for divorced and widowed women on the other side of the world.

The 27-year-old, who calls himself Kweiku, is searching for ‘clients’ — scammer parlance for victims who can be conned online into sending money.

For Kweiku, romance scams are a transaction, not a crime.

“A client is somebody, a business partner who brings you money, that’s why you use the word client,” he told Four Corners.

“Some are divorced and some — their husbands are now dead.”

Kweiku sells perfume on the streets of Ghana’s capital, Accra, to maintain a meagre income between Western Union transfers from a woman he seduces online.

He poses as a US soldier called ‘Johnny’, an online persona built on stolen photos, fake ID and stock scripts with storylines about urgent emergencies that can be solved with cash.

“That’s my main occupation — online. I want somebody to be my lover, my fiance.”

Kweiku’s current target is a Mexican widow in the US. He considers her a prize client.

“She can’t really hear that I don’t have an American accent because she’s not really a white person,” he said.

“She doesn’t have the education and she’s not fluent in English, so I was lucky enough to meet somebody who wasn’t.

“I proposed to her, and we were getting along but I wanted some capital, so I asked her for money. In all, I think she sent me about $2,000.”

While the Four Corners team is filming, Kweiku returns a missed video call from the woman and blocks his webcam with his finger so she can’t see him.

“I’m trying to video chat with you so you can see me but the camera is not working properly,” he tells her in a faltering American accent.

The conversation switches gears between declarations of love, sex talk and insistent requests for gifts and money.

“I really want to come around this Christmas and see you,” he says.

“What about the plane ticket?” the woman asks.

“My friend booked the flight ticket and I’m not hearing from my friend anymore. It’s really hard times here baby,” he tells her.

As the talk turns intimate, Kweiku shuts the call down.

“She was in bed now, wanting to have sex, and she was trying to get naked and all that,” he said.

“She wanted to see me. Sometimes I feel like, wow, this lady, she’s really in some misery or pain because she really wants to see me and she can’t see me.

Kweiku’s friend ‘Skidoo’ introduced him to the scamming business. He believes he knows the way to a woman’s heart and her bank account.

“If you’re not giving them money, you always call them: ‘How you doing? I wanted to check on you. Have you eaten all the stuffs?’ Like pampering that way.

In a packed internet cafe in a commercial town west of Accra, we find teenage boys and young men in front of every screen, logged in on dating sites under names like Jessica, Mary and Jennifer.

The teenagers, known in Ghana as ‘cafe boys’ or ‘browsers’, are searching for middle-aged and elderly men in the US, Australia and Canada, and luring them to chat on Google Hangouts.

Mohamed, 19, is exchanging messages online with a grey-haired man in Australia.

“We just come here, we just get some money from the white mans to get some food to eat,” he said.

“He wants to play video cam with me to do fun, sex stuff and other things,” Mohamed tells Four Corners.

“He shows me himself naked, full naked. And I will make sure to make him happy, like he will fall in love with me.”

Mohamed tells Four Corners he has been doing this since he was 16 to make a living, or sometimes just to earn credit for his phone.

“Hi babe, just got home and have topped you up with 90 cedis ($24),” the Australian writes. “That should cover for us to play again as well. cant wait for you to come on line.”

Each time they “play”, Mohamed tells his targets his webcam is broken and instead sends videos of the woman he claims to be.

The Australian man has been sending webcam equipment to Ghana so he can finally see and hear her live.

“Did you get the mic I sent?” the Australian writes. “No more playing me a video… I thought we were in the beginning of something long term.”

It’s time for Mohamed to find a new client.

Entrepreneurs are capitalising on the scam industry.

Nana Agradaa takes 100 cedis ($26) a session from cafe boys to deliver them the power to manipulate their victims.

We watch as Nana Agraada invokes her spirits in front of a wooden idol, covered in photos of westerners which have been brought to her by cafe boys.

She chants, spits schnapps and pours talcum powder on her idols, as she demonstrates one of her most popular incantations with an assistant.

“He brought some white people to me,” she said.

“The boy wants them to send him some amount because he has been asking for money but they have not paid the money.

“So I give him some soap to go and use, so when he’s using it to bath, he will say anything that he wants the white lady or the white man to do for him.”

Superstition runs deep in Ghana and many believe scammers rely on juju, or magic.

“I hear that there is some spiritual powers that they use,” said Dr Yankson, from the Ghana Police.

“Sometimes I’m tempted to believe so, my friend.”

Cafe boys like Mohamed, Kweiku and Skidoo are the bottom feeders in a global enterprise which has spread from nearby Nigeria.

“Those who indulge in this as the perpetrators — most of them are unemployed,” Abu Issah, acting head of prosecutions at Ghana’s Economic and Organised Crime Office (EOCO), told Four Corners.

“But they are very intelligent because it takes someone with an intellect to sit down and even fancy how to get into this activity and to hoodwink someone.”

The FBI reports formidable crime organisations which originated in Nigeria have spread to more than 80 countries and are making billions of dollars a year from scams alone.

According to EOCO’s Abu Issah, the cafe boys are ready prey for the global syndicates which have taken hold in Ghana.

“The big guys make millions of dollars,” he said.

“We have Nigerian nationals and other West African nationals who come here — and definitely they have their Ghanaian collaborators — and they share ideas, making it so sophisticated even to track down.

“The big fishes send the small boys on an errand to undertake preliminary activities for them and when they give them the feedback as to the victim they’ve got in touch with, they clamp down on them.

“So they graduate from the little boys to the big guys in town.”

This is how, in some cases, victims of romance scams are traded among criminals to be used in much larger crimes, including drug trafficking and money laundering.

Scamming can pay well and for Skidoo, it’s a brutal bottom line: West African fraudsters are taking what is owed to them.

“It might be somehow painful seeing someone who is old enough to be your mother going through that but the bottom line still remains, we’ve got to survive,” he said.

“The white people, they came down here to colonise us, took what belongs to us.

“They sent our great-great grandfathers there, mistreated them, treated them like slaves, they did a lot of harm to them. They’ve done us bad before and we think it’s time to pay them back.”

In Kweiku’s flat, we find a book, Think and Grow Rich by Napoleon Hill, in which his goals are scrawled on the inside cover:

“2. Rent a store and make it a perfume shop.

“Help me Lord! Thank you Lord!”

At an outdoor concert in Accra, hundreds of young Ghanians have gathered to dance, listen to music and party.

Kweiku takes to the stage in front of a small crowd to perform.

“In 20 years, I want to become a big musician worldwide, a businessman and employ the youth so I can create jobs for the youth because that is the main thing that is holding us back,” he said.

“That’s why we are indulging ourselves in this scamming and all that.”

For Kweiku, romance scam victims are legitimate stepping stones to his future.

“Sometimes you will be talking to the person and you can even feel pity for that person: ‘wow, this person, she’s crying and all that,’” he said.

“We feel pity, but you too, you need money.”

Watch Meet the Scammers on Four Corners tonight at 8.30pm on ABC TV and iView. 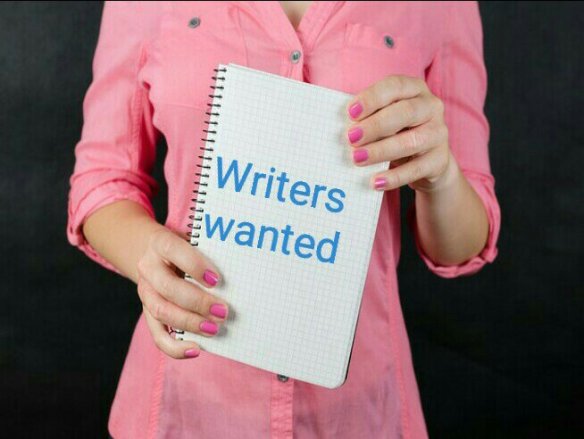