Samsung Galaxy S8 is here, Unga prices are yet to go down, Sultan Joho has proclaimed that he is proud of his D- joholistically, and Baba dispels rumors that Kalonzo Musyoka has withdrawn his NASA membership.

All in one week. Then, there was the tech world, A lot happened. Good things mostly.

Below is the weekly roundup of tech news this week:

The much leaked and highly anticipated Samsung Galaxy S8 and S8+ were finally unveiled.

We can pretend all we want but we knew pretty much what to expect with S8 so big surprises. The specs are awesome.

Now that’s how you make a comeback.

The Ksh. 2.63 trillion annual budget was presented on Thursday the 30th March by the National Treasury Cabinet Secretary Henry Rotich.

What is in it for tech? ICT, Energy, and Infrastructure received 26.7% of the total discretionary expenditures.

Mr. Rotich also laid emphasis on the need to strengthen Kenya’s position as the global leader in mobile money technology.

You can view the entire budget speech on YouTube.

You also get to call other networks at Ksh. 2 per minute.

The product comes in three packages: Daily, Weekly, and Monthly offer. For the daily, you will pay Ksh. 10, Ksh. 50 per week and Ksh. 150 for the monthly plan.

Safaricom brings good tidings as it has cut Lipa na M-Pesa tariff by half to increase the billable limit to the Ksh. 200.

This means that you can now transact free for any amounts of below Ksh. 200 up from Ksh. 100.

Facebook has partnered with Surf to launch Express Wi-Fi in Kenya.

This is expected to be a low-cost internet solution that will allow subscribers to access affordable data.

The data service comes in daily, weekly, and monthly packages.

6. Good news inhabitants of the Twitterverse!

Twitter will no longer count Usernames as part of the 140 character limit in your replies.

This is good news for those who are yet to master the concept of summaries.

When replying to someone, the Username will appear at the top of the tweet.

It was received with a collective yawn since most have already experienced this feature elsewhere: on Instagram and Snapchat.

The bottom line is that it is a good idea.

Rumors of this have been flying right, left and center and we can finally confirm that they are true.

It only makes sense for Telegram to introduce this feature especially since WhatsApp and Facebook had added this feature.

Telegram has already started rolling out this feature.

Alternative Circle says that the seed capital will be used to expand the company’s geographical footprint.

Finally, PesaLink has signed a total of 2 million customers since it was launched earlier this year

The service is owned by Kenya Bankers Association (KBA), banker’s umbrella body.Already, 22 banks are already on board. Props to KBA for the progress.

Already, 22 banks are already on board. Props to KBA for the progress. 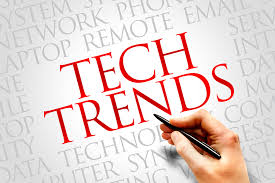