Two Rivers Mall finally opened its doors to the public on this year’s Valentine’s Day.

The Mall was officially opened by President Kenyatta.

Currently, it is the largest shopping complex in East and Central Africa.

The mall is part of Ksh. 25.1 billion mixed-use development that is being undertaken by Two Rivers Lifestyle Company Limited.

The parcel of land on which the mall and other development projects will sit was acquired from the Koinange family.

The edifice is partly owned by Centum and it cost $1 billion to put up. Centum owns the majority share (58%), while other shareholders are Avic International (38%) and ICDC (14%).

The 62,000 square meter complex is located on Limuru Road, just past Runda, and is expected to host over 150 retailers: both local and international.

It gets better since Carrefour, the French retail giant is expected to open its biggest store in Kenya.

This retail store is competition for Nakumatt since both stores target the same class of clientele.

Centum Group is set to move its offices from International House to Two Rivers.

Centum Investment Managing Director James Mworia said that the Two Rivers Mall has created job opportunities to over 2,500 people while about 10,000 more would be created once the mixed-use development project is completed.

The security system in the Two Rivers Mall is tops.

An article published in Capital News compares the mall’s security system with the one used during Trump’s inauguration.

The ThruVis TS4C is a digital security system with superior imaging quality and the capability to detect hidden objects at 4 to 10 meters away.

This is definitely a welcome innovation given the numerous terror threats directed at Kenya.

Moreover, Kenyans are yet to come to terms with the Westgate Mall attack; hence, the integration of unparalleled security systems is a bit reassuring.

As we continue to wow over this huge edifice, some people are wondering whether there are too many malls in Kenya.

Prior to Two Rivers’ debut, The Hub in Karen and Garden City Mall along Thika Road had opened its doors to the public.

Perhaps, the mushrooming shopping malls tell the story of consumption trends in Kenya.

Some people have argued that malls glorify consumption and this diverts attention from the important role that production plays.

The argument is that we need to nurture and encourage a producer mindset since this will help power the economy and create jobs.

Agriculture and manufacturing are seen as sectors that will promote more producer activities.

Most African countries have made leap and bounds in technology. However, a lot remains to be done in agriculture and manufacturing.

But at least, we can appreciate the contributions that Two Rivers Mall has already made in terms of encouraging entrepreneurship and creating job opportunities.

The Mall has definitely put the country on the map especially given that it is attracting world celebrated brands. 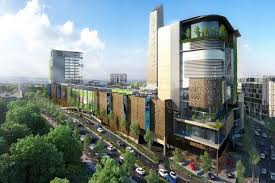 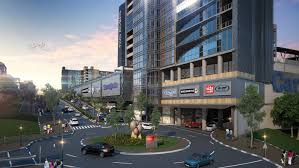